[Spoilers Below for Black Panther! ]

For years, people have been demanding for media to become more racially diverse. For me, as a second generation geek and someone who has grown up on superhero I have long been a fan of Marvel comics and then later I fell in love with the Marvel Cinematic Universe.

Despite all the films that have come along since the beginning of the Universe with Iron Man in 2008, there have been some problematic issues with the Cinematic Universe. It’s lack of diversity for one, especially when it comes to racial, gender, and sexuality.

I literally can go on forever about the issues I have with MCU, but honestly, I don’t want to bore you to tears. All I can say is that black people especially didn’t have a lot of competent roles, and they rarely their own independent storylines.

The only one I can really think of is, Sam Wilson (Falcon) and as the MCU moved away from Captain America: Winter Soldier, I kept seeing his character shunted to the sidelines. And don’t get me started about Rhody, and how he is pretty much a walking talking definition of a token minority.

So, Black Panther is a really great first step for the MCU to become more racially inclusive. First of all, tons of black people were behind and in front of the camera. A narrative about Colonialism, Slavery, Black Oppression, and Black Culture was led by Black Director, and Writer Ryan Coogler (Creed) and the cast almost exclusively Black.  Some of the hottest black stars are actually in this film such as Chadwick Boseman, Lupita Nyong’o, Michael B. Jordan, Angela Bassett, Forest Whitaker, and Danai Gurira.

I think one of the things that surprised me was how there was no colorism. Dark Black People were allowed to be apart of a narrative about black people. All shades of black played a part, and for someone who is dark-skinned, that meant the world to me.  Speaking of black people, let’s talk about how Black Women were the backbone of this film.

Black women were allowed to shine without being shoved into the role of love interests. Yes, Lupita was a love interest but that didn’t dominate her character’s storyline at all.  My favorite was Princess Shuri (Letitia Wright) who played Q to her brother T’Challa’s Bond. She is a technological wunderkind who makes all the high-tech gadgets that her brother uses.  This was so important because to see a black woman with that level specialty when STEM still has a huge diversity problem was so uplifting to my two oldest girls Nikki and Shay.

It showed them that Black Women were capable of doing anything they want to do.

And the overall messages and themes and in-jokes about black culture was just heartwarming to see, and then to witness weeks later this fabulous movie lead and directed and cast by black people break the box office record by gaining $! Billion dollars in the first month after its premiere is something I can’t even begin to illiterate how good it makes me feel.

To me, “Black Panther” is a milestone. It’s a stepping stone to show those old white movie executives that black people deserve good content and if you give us good content we will show up and show out!

Note: There are some affiliate links below. If you click and buy any the links I will get a small commission.

First of all, I wanted to go with real African designers, however, all I could find is straight sized designers. And the little designers I did find were really too expensive for me to be comfortable with recommending. So, being resourceful I found this gem of a bodycon plus size dress on Amazon.com. It’s gorgeous and it’s sexy without showing all your goodies. I really just love the print the traditional African Dashiki print. The only thing I would caution due to the reviews is to buy a size or two up just in case and this dress might not be for bigger fats like me.

To go over it, because god knows it’s still freezing is certain parts of the country. I choose this gorgeous cape duster jacket. When I choose this plus size coat (ignore the model), the cut immediately appealed to me. The way this coat is cut it will show off the dress, and with a dress this fly you want to show it off.

Next, is the shoes. Now, I’m not a high-heeled type of woman. Personally, the highest I go with a heel is like 2 inches. These open toe color blocked sandals are what I would call dream shoes because the only place I will be wearing them is in my dreams. I just love the pop of orange, which really does match the dress and adds to the overall African tribal feel that I’m going for.

Now, it’s time to talk accessories. I went with a luxe look with a dash of African chic. First thing is this gorgeous mesh Gold chocker from Karen London, Next is these genuine ethically sourced African beaded earrings which again matches the dress. Then, I threw in some genuine African print bangles that are totally #AccessoriesGoals. And finally, this bad ass wooden clutch that I found on Etsy. I just love the texture, and it the color and it really gives me a modern tribal feel which is right up Black Panther’s aesthetic.

And that is my African outfit inspired ‘Black Panther’. What do you think? Love it or hate it? Let me know down in the comments!

War of The Roses

Buy Select Birkenstock Sandals and get a FREE Corkcicle Canteen while supplies last! 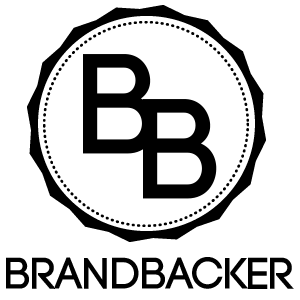 War of The Roses

This site uses affilate links. This means if you click and buy from any of the links I will get a small comission. This is a super easy way to support the day to day costs of this blog.  Thank you!